One Mans Obedience…Winning Blessings for our Children and Future Generations 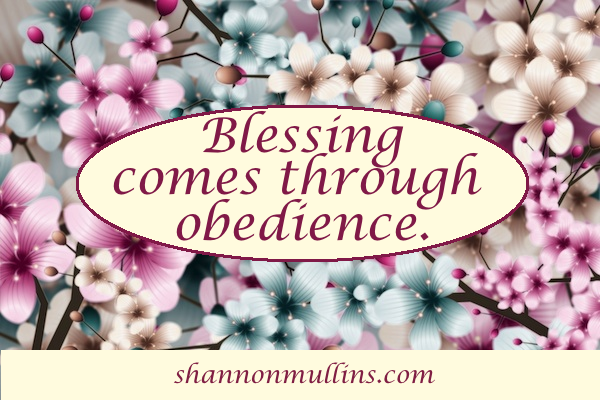 David has always been one of my favorite bible Characters of all time.There are days I envy his Man after god’s own heart title.
From my research I have found It took David 15 years from anointing to become King(King over Judah).
It took him another 7 years before he became the King to the whole of Israel.
David waited patiently on god to fulfill his promises,Not one year or two years but 15 years.
Generation after Generation was saved Just For David’s name sake.
The Book of Kings to me is one of the scariest book,the level of disobedience by his descendants overwhelms you.
But each time we come across these words ‘For David’s Sake’:
— Abijam Reigns in Judah
I Kings 15:4,5:

4 Nevertheless for David’s sake did the Lord his God give him a lamp in Jerusalem, to set up his son after him, and to establish Jerusalem:
5 Because David did that which was right in the eyes of the Lord, and turned not aside from any thing that he commanded him all the days of his life, save only in the matter of Uriah the Hittite.

—Jehoram Reigns in Judah
2 Kings 20:18,19:
18 And he walked in the way of the kings of Israel, just as the house of Ahab had done, for the daughter of Ahab was his wife; and he did evil in the sight of the Lord. 19 Yet the Lord would not destroy Judah, for the sake of His servant David, as He promised him to give a lamp to him and his sons forever.
Is 37:35
‘For I will defend this city, to save it
For My own sake and for My servant David’s sake.’
As a Mom ,As a Dad , what blessings we can win for our children and for our future generations !I think its an absolute double bonus 1.We can live well for god.2.We store blessings for our children and their children.
Blessings! (DISCLAIMER: This blog is not for profit. Image used above is the property of their respective companies unless stated otherwise. I do not claim ownership of this material. )